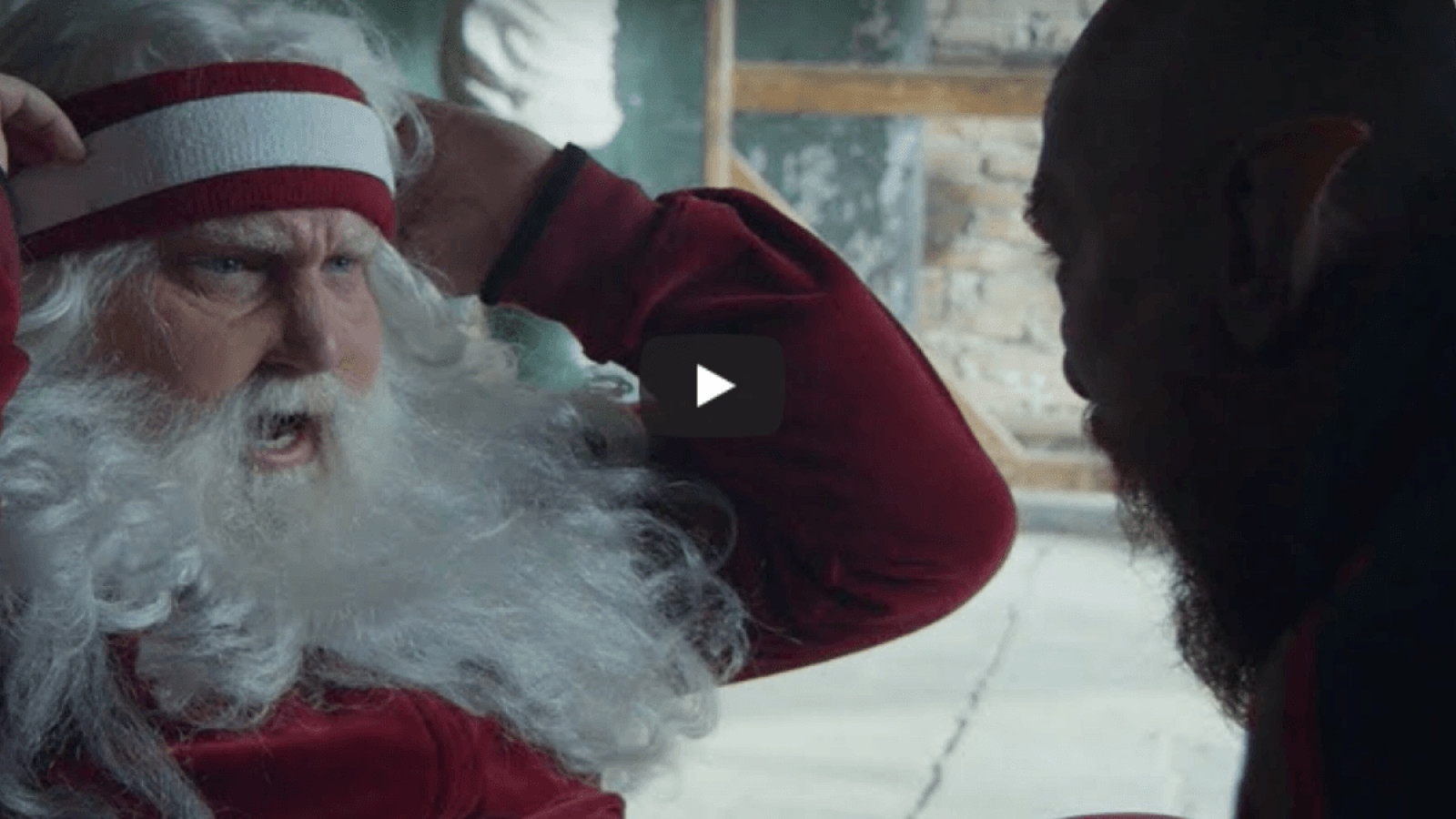 It’s that time of year again, when our televisions are chock-full of festive adverts from brands vying for our attention. Whilst some are more traditional, others go to extra lengths to capture our imagination, like an over excited dragon whose name escapes me. Here is a run-down of our top ten favourite automotive Christmas adverts:

In this advert from Audi, we see Santa go from the jolly overweight character we all know and love, to a leaner, sharper version of himself – much like the car.

The ad starts with Santa delivering presents to a couple’s home. Things get tense when the homeowners return and almost spot Santa admiring their shiny new Audi RS. Something seems to give Santa pause, when he catches himself in the mirror and pats his stomach.

We then enjoy a ‘Rocky-esque’ boxing sequence, with Santa getting fitter each day in the run-up to Christmas. We see Santa out of breath and struggling, but he doesn’t quit.

Mrs Clause suddenly realises what Santa really wants for Christmas, when she sees him asleep clutching a car magazine. And at the end of the ad, a new Santa is revealed, with shorter hair and a snappy red suit. The elves applause and, Santa’s new sleigh is revealed… a red Audi RS 5 Sportback.

"At nearly 4 minutes we’re almost in short film territory with this offering from Audi, but we loved its big-budget feel, and how we can all relate to trying to lose a few pounds before Christmas." Dan, COBA’s marketing team

This advert starts slowly, as we find the BMW manufacturing plant empty and still on Christmas eve. We follow a lone engineer as they switch off the equipment for the festive period.

He notices a corridor where the lights seem to have been left on, and so he investigates. The engineer discovers a room where two robots are putting the finishing touches to a Christmas tree and setting out presents. As the man’s face turns from surprise to delight, the camera moves to his two colleagues controlling the robots from behind.

"This advert makes you think about and appreciate the human element behind car production. And I loved the warm festive feels it leaves you with." Holly, COBA’s marketing team

A man talks through a ‘traditional’ family Christmas while reluctantly eating a mince pie. He seems bored by the routine of Christmas day and his predictable family. He’s shown having a family photo taken, where no one is ready and receiving ‘un-surprising’ Christmas gifts from his family.

The family is then visited by ‘Uncle Bob’, the man invites him in. He then takes a look outside the house. Across the road lives senior Lewis Hamilton the man then quotes is ‘still in shape’. The camera zooms out and we see a futuristic seen of a drone delivering a present, futuristic cars and a dog being walked by a drone. A snapshot is then shown of the family having their traditional family Christmas. We then see the words ‘A lot will change in the future, except Christmas’.

"At some point we’ve all had at least one of ‘those’ family Christmases. This is a nice take on that and how somethings never change, even as technology moves forward." Ruediger, COBA’s marketing team

In this second ad from Audi in our list, we see two men entering a car park at Christmas. As the barrier raises, they politely acknowledge each other before we see the parking space availability board count down to one. The race is on!

Both dads speed around the car park to bag the last remaining space. They face a number of challenges along the way, and in the last showdown they speed up to the car park roof.

We later find them both in a toy shop, staring down the last remaining toy. The battle begins again.

"We’ve all been there. You leave you Christmas shopping till the last minute and find yourself running around on Christmas Eve looking for this year’s ‘must-have’ toy." Tineyi, COBA’s marketing team

5. The Tiguan with Trailer Assist | Volkswagen

In this simple, paired back Christmas advert from VW, we see a fully illuminated sleigh, stacked full of presents, being reversed carefully into a garage by a shiny red Tiguan. ‘Easy reverse parking for your most precious possessions’ is the strapline.

"VW are renowned for their strong and simple advertising, and we loved the clarity of the creative here that doesn’t lose any festive cheer." Tanya, COBA’s marketing team

A family is shown preparing for Christmas, dressing the tree and the turkey is in the oven. All of a sudden there is a power cut. The family get the power back on by using a source in the garage from their electric car.

Neighbours affected by the power cut are invited to join them for Christmas.

"A poignant example of how reliant we are on electricity, and not-so-subtle nod to the EV movement.  It’s also just a nice Christmas message of sharing with others." Kate, COBA’s marketing team

A man looks out at a snow blizzard from his house. His son, who seems to be waiting for a lift somewhere looks on anxiously. The father appears reluctant due to the weather, but we later see them set off into the night in their Mercedes. The car drives swiftly through the snow, seemingly unhindered by the conditions.

They arrive at the cinema where we find the car park is empty, and inside only staff members can be seen. As the father and son turn around to leave, another car arrives. When the car stops a girl gets out – it’s the boy’s date.

"A heart felt story about a festive first-date, made possible by Mercedes." Rachel, COBA’s marketing team

8. Kia | Light Up The Holidays

Christmas music is played in time with a light show performed by the car head lights and lights on the building.

"Sound on, is a must with this one! It made us feel reminiscent about watching Home Alone." Simon, COBA’s marketing team

We see parents in the hot desert watch their daughter dress a cactus as you would a snow man. Over-night they leave their home in the car for a journey, it starts to snow. Their daughter was sleeping, she’s now woken up at a snowy cabin.

"We all wish for a ‘white Christmas’, especially as children – we see that come true for one child." Holly, COBA’s marketing team

10. Land Rover: Go Beyond This Christmas

A family wrap up with scarves and gloves then pile into their car. They’re shown driving down the motorway and country roads. As it gets dark, they arrive at a house, knock on the door and sing a Christmas carol.

"A nice Christmas message about going above and beyond, for people in remote locations." Marilyn, COBA’s marketing team

We hope you enjoyed our top ten and that you’re now in the Christmas spirit!